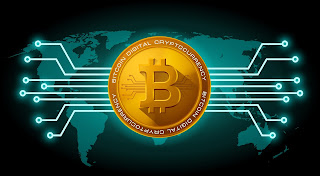 Every day is a unique day progressing with a lot of new of technology. We tend to adjust ourselves to the modern technology. The basic things to live are gained by money and it was introduced for the reason of barter. When we look back into in the past around 900 B.C the money was invented for day to day utility and exchange of a commodity. But there was a problem with that system. People faced difficulties in portability and durability like grains would get spoiled. So precious metals came into existence for the exchange of money which was more easily divisible. Just one thousand years back paper money was born and the precious metals were deposited with Goldsmiths. Later goldsmiths became bankers where they issued paper receipts to the depositors. This is how paper money was born. Over a period of, time these receipts were physically transferred between people. Now the money we use is called fiat money which is not back by the gold standards (precious metal).


The fiat money is portable, easy to transfer and is authorised by the central nation. But from the past few decades, we have increasingly transferred money through electronic networks. Now with electronic networks, there’s a problem. In electronic networks, we need to trust a third party like a bank, credit card company who oversees and authorises our transactions. So, these third parties are really powerful. They can disallow our transactions and so much more. Although electronic money is ours we can only use it upto a permissible level set by the third party. All we have to do is trust third party. We also find difficulties in transferring money to the people outside the country where we have to pay tax for the exchange. The usage of fiat money can lead to the cause of inflation and sometimes hyperinflation too. In January 2009 an anonymous person by the name Satoshi Nakamoto invented bitcoins, which is regarded as the best kind of money. It has the benefits of both electronic and physical money in which we don’t need any third parties. So with the Bitcoins, we can maintain our data and privacy during transactions. Even a villager can open Bitcoin account easily, all he needs is a smart phone and can pay anyone in this world. Bitcoin is a global currency and it does not depend upon any other currencies and no one controls it. Bitcoin is rare which means there are only 21 million bitcoins ever created with the Bitcoin network. As the supply is fixed and demands goes high, price will increase. Bitcoin is resistant to inflation and hyperinflation. So the fixed number of bitcoins can be easily distributed to the world population as it can be infinitely divisible. Bitcoin is legal and most of the multinational companies have invested huge amounts of money for the startup of Bitcoins. 8million Bitcoin accounts were created in a couple of years. There are Bitcoin ATM’s where we can withdraw our local currency. So the present value of 1 bitcoin is 419682.55 indian rupee . it changes time to time. Many apps were created for use of Bitcoins.
-Pranay Kumar
(IMT-2017-028)
Posted by Uthaan at 05:49