It is well past midnight. It has been more than 20 hours since Sachin Tendulkar announced his intention to retire following his 200th Test next month. MEDIA has gone into what can only be called its tsunami mode. Its forces have gathered, scattered out emails, made dozens of phone calls, scoured through the archive, and presented you, the beloved reader, with a Himalayan range of words, pictures and numbers to mull over. Every arm of social media has been shaken.
Along with other cricketers, and 100crore of people who are drilling in their minds to pick one of their favourite Tendulkar memory I was also busy remembering my fav moment.Today, though, it was as if the news of Tendulkar has set us free - in heart, mind, and memory,and hurt deep down inside.
In the time Tendulkar has played for India, we've all grown up, grown old, but never grown apart from cricket. Maybe it was him, maybe it was his time. Maybe we're just a bunch of sentimental fogeys between the ages of 5 and infinity. Throughout his career, Tendulkar has kept reaffirming the faith and belief that no matter what, there was much in cricket that could be uplifting, exceptional, clean.
News of his impending retirement was not unexpected - over the last 18 months much has unravelled around Tendulkar at a somewhat dismaying speed. In the context of an unrelenting 24-year career, however, what is remarkable is that the tailspin did not take place earlier.
To many, our 40s are when we finally secure our place in the world and find the discipline needed to keep middle-aged maladies at bay. To cricketers it is the time the mind becomes quicksilver sharp to the game's demands, but the body falls half a step behind. For driven, competitive creatures like Tendulkar, who are seekers and finders of sustained excellence, accepting the march of time must be tougher than we can imagine.
As Tendulkar's batting has dipped and his struggles have mounted, we have wrung our hands in misery and helplessness. Our worries have been about "legacy" and "timing" and "appropriateness", our anxiety centred around the notion of a Tendulkar "legend". 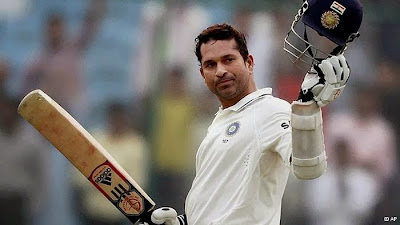 We've probably got it all wrong. To Tendulkar, perhaps the legend or the idea of legacy does not exist. All that existed was a fresh set of difficulties, to which he responded with the only method he had ever practised: by looking for yet another new route to adapt to a rapidly changing inner dynamic. He flung himself at the problem, like he always had with other problems - more practice, more hits, more nets, more training. It was his way of rattling the gates of the cricketing gods, and it had always worked.
When the announcement came, the first response was a tumult, a cascade. Tendulkar had made up his mind, he had bitten the bullet. It was done, and maybe like us he feels free too. Now it means we, like thousands of others, don't have to worry about him and for him anymore. Then his career flashed past in the mind's eye and all of us found ourselves in it. It contained the past all the years of our own lives, tagged on somewhere as we watched, applauded, cursed, celebrated, whirling around in suspense, joy, mortification, gratitude.

Life is full of surprises ...Don't ever try searching for them because when the right time comes, in your most unexpected moment you'll appreciate it even better..!! — 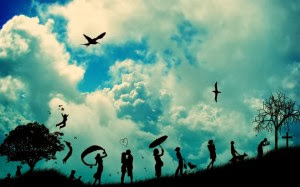 GANDHI JAYANTI
Gandhi jayanti is celebrated as the birthday of Mohandas Karamchand Gandhi famous as Gandhiji also known as “Father of the Nation”. He was born on 2nd October 1869.Gandhi jayanti is celebrated every year in his honour. He was known for his two most powerful weapons-Truth and Non-violence. Gandhi jayanti is a national holiday in India. This day is celebrated all over the world as International day of non-violence.
Gandhi Jayanti is marked by prayer services and tributes all over India, especially at Raj Ghat, Gandhiji's memorial in New Delhi where he was cremated. Popular celebration includes prayer meetings, commemorative ceremonies in different cities by colleges, local government institutions and socio-political institutions. Painting and essay competitions are conducted on themes of glorifying peace, non-violence and Gandhi's effort in Indian Freedom Struggle.
This festival is celebrated with great reverence and pomp and show. We all students must look upon the values of Gandhiji and try to follow them in our lives.

A New Beginning With E cell

A New Beginning with E-cell


The clock struck 6 ,a mob of young, excited and enthusiast technocrats found themselves rushing to SH-3 , the first ever “E-Cell”

Also he introduced us to source forge, Quora , Courjera… making the students realise the power of open source softwares.

Also he expressed his aim of conducting a marathon no. of workshops in 50 colleges of Gwalior encouraging the emerging career , of being an entrepreneur .

His views inspired everyone present there & insighted a new zeal, a new wave of positivity flowing through SH-3.


Atal Bihari Vajpayee- Indian Institute of Information Technology and Management, Gwalior organised a 15-day long Hindi Pakhwada to celebrate Hindi Diwas came to a memorable end on September28, 2013. A closing ceremony (Samapan Samaroh) was organised to felicitate the prize winners of the various competitions held during the Pakhwada which included- Just-a-minute, debate, poetry writing, essay writing, story writing, antakshari, and a lot more. The winners were rewarded with prize money and a certificate of appreciation.

The Chief Guest for the occasion was Dr. Bhagwaan Swaroop Chaitanya, a renowned editor and a Hindi scholar.  He graced the occasion with his presence and gave an inspiring lecture on “The Importance of Hindi”.

The students participated whole heartedly in the entire Pakhwada and in the process came closer to the language of the Nation- HINDI.

A wave of new zeal and enthusiasm among the engineers around the country .

A day to recognise their services,to applaud their dedication and hardwork and give a word of thanks for their selflessness.

To all to-be engineers of IIITM-Gwalior ,I wish you a very happy engineers day!

September 15,is celebrated every year in India as engineers day to commemorate the birthday of the legendary engineer SIR MOKSHAGUNDAM VISVESVARAYA. Engineers are the interface between science and society so to identify the great works done by them we celebrate engineers day. Engineers are the nation builders and are responsible for making our lives better with innovations and improvements in technology and its implementation for the better livelihood of humans. Engineers are behind the cars we drive, the pills we pop and the way power our house. Interestingly engineers day is celebrated on various days in various countries. In Canada its on 10th June, 10th January in Pakistan , in Belgium its on 20th March and in Netherlands its on 19th March . Engineers are the backbone for countries better development so we must pay our tribute to them by celebrating it with great zeal and enthusiasm in all engineering sectors and colleges.

I will end  words with the quote


A teacher is to the student what a parent is to the child. A guide, a philosopher, a motivator, and a friend; a teacher not only imparts a certain quantity of knowledge but makes the student realize his/her latent potential and helps in making the student better-bit by bit; day by day.

To further strengthen the bond between the teachers and students we at ABV-IIITM celebrated Teachers’ Day with great enthusiasm. It was a fun-filled event packed with a lot of surprises.

At the inception of the event was a ‘Saraswati Vandana’ to seek the blessings of Maa Saraswati-The Goddess Of Knowledge. This was followed by an array of performances of students from various streams- IPG, MBA, M.tech. The students’ performances dedicated to their teachers were enthralling but more fascinating were the performances by our dear teachers.

The ‘Antakshari’ competition was a delight to the eyes wherein the ’complex reactions’ of our maths teacher, the ‘lack of resistance’ of our electrical teacher and the ’excited energy state’ of our physics teacher left us all flabbergasted. It is fun to see our beloved teachers do activities that they usually aren’t able to do in class.

The ‘needle & thread’ race and the ‘lemon & spoon’ race were exciting and enjoyable as well.

The tug-of-war between the teachers and students was another spectacular competition. And the winners of the same were- undoubtedly- our teachers. Of  course, it is they who teach us everything and by no means can we win over them.

The songs, poems, and speeches by the teachers were enjoyed by all. Not to forget, the standup comedy left us all into splits.

This is the magic of our teachers who are not only intellectual enough to make us understand the language of the books but are also fun-filled enough to make us realize the importance of balancing things in life so as to have a smooth and safe journey as we travel on the road of life.

At the end of the event, each student leaving the auditorium was bonded better to their teacher and was confident enough that their bond with their teachers is an eternal one.