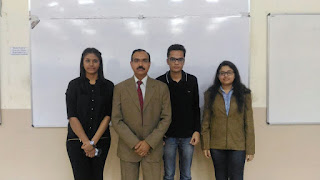 Q1:What challenges did you face while implementing GRP help app?

Ans: Basically I conceived it holistically as a big realistic project with all kind of nut and bolts. So we came up with QIRP(Quick investigation response team) . As a project Government has provided all kind of resources like laptop including digital wireless system, also government has sanctioned 32 professionals for state monitoring. Earlier we operated from Bhopal but almost six months ago I realized that due to linguistic diversity there are many problems in communication across the country. Now it is operated from state control room of all states. It has two gateways one is Internet and other is SMS gateway.We personally see to work done by state by sitting in Bhopal and hence building a database and many more things like intelligent criminal database is being build up. 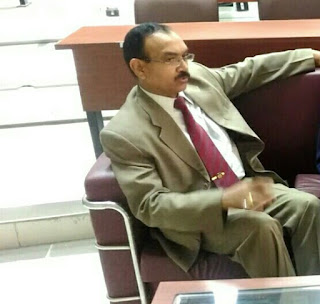 Q2: How can we IT professionals make a change in railway systems in India?
Ans: It’s not only about railways but steps must be taken towards a crime free India. So for Students like you we have created small  projects which can be done within a month so that police is not much burdened. There is information but we will not check this until there is a court case.

Q3: What qualities do you expect from IPS officer?
Ans: The prime focus should be nation and not government because governments change but country does not. We feel that we need an IPS with great guts and efforts and commitments who is willing to take risk. Talking about freedom fighters, they lost everything but here do we have anything to loose, how much selfish are we.

Q4: What led you propose the increment in retirement age from 41 to 50 years?


Ans: Probably the government was kept in dark therefore we didn’t get the proper response. It was I who created it. It was from 41 to 50 for new ones and upto 60 for old ones. 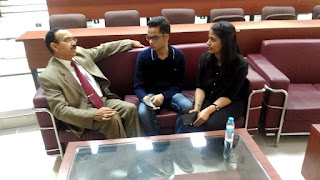