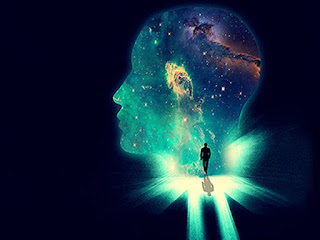 ‘DREAMS’- a word which plays an important role in everybody’s life, say, whether it is a dream of life; an aspiration, or the dream we see while sleeping. But here, we are concerned about the dreams we see when we are unconscious.
By turns, dreams have been deemed prophecies of the future, full of meaning; or the affluence of nerve cells randomly unwinding from a busy day.

Each night, we pass through a series of stages of sleep, each of which is a distinctive pattern of brain waves. Sigmund Freud, one of the first people to discuss the purpose of dreaming, suggested that dreams reflect people’s unconscious thoughts and desires. He thought that our unexpressed desires and wishes show up in our dreams.

Another approach to understanding dreaming is to examine if people’s dreams are related to the things that actually happen in their everyday life. In fact, studies show that - contrary to the belief that dreams are mostly bizarre and unrealistic – most dreams involve real-life situation.
Sometimes, dreams do contain some pretty strange material, and these all are due to the metaphorical life we have, metaphors of which, creep into our dreams as well. Consequently, these metaphors generate bizarre images, because while dreaming, we interpret them literally.

Moving towards bad dreams, like nightmares, it’s not clear that using wakening, because of such dreams, as an index of the severity of a dream is agreeable. Because bad dreams that do not wake people up can sometimes be more intense than nightmares.

Overall, the truth is, as long as the brain remains such a mystery, we probably won’t be able to pinpoint the main reason behind dreams.